Howard : On a combien de temps ?

Howard: How much time do we have?

Leonard: Uh, we have a signal, but there’s no frame lock.

Howard: Hang on, how about now?

Raj: We did it. We have the west coast feed of HBO.

Raj: Not a great movie, but look at that beautiful desert.

Leonard: Too bad Sheldon couldn’t come with us.

Raj: Yes, it’s not the same without him. (They all laugh)

Howard: Oh, this sucks, I’m switching back to Real Sex.

Sheldon: Sheldon’s log, stardate 63345.3. While my colleagues are off observing the Leonid meteor shower, I have remained behind to complete my paper on the decays of highly excited massive string states. Although my research is going well I do miss the warmth of human companionship. (He laughs)

Sheldon: And good evening to you, Siam Palace. This is Sheldon Cooper. Yeah, I’m going to be dining alone this evening, so I’ll be reducing my usual order. I’d like to start with one quarter of the assorted appetizers plate and, uh, one half of the golden treasure for two. Oh, for heaven’s sake, in the mid-18th century, King Rama IV of Siam divided a huge empire amongst the colonial powers of Europe in order to preserve his throne. Surely, you, his cultural descendant, can handle pad thai and dumplings.

Penny: Oh, for god’s sakes, I’m in the bathroom!

Sheldon: Shall I come back at a better time?

Penny: Get in here! Hurry! Don’t you dare knock.

Penny: I slipped in the shower, and I think I dislocated my shoulder.

Sheldon: Not surprising. You have no safety mat or adhesive stickers to allow for purchase on a surface with a low coefficient of static friction.

Penny: I know. I slipped.

Sheldon: I have a series of whimsical duck stickers on the bottom of my tub.

Penny: Yeah, okay, whatever. Will you just turn the water off and help me up?

Sheldon: The ducks in my tub.

Sheldon: They’re whimsical because ducks have neither the need for, nor the ability to use umbrellas.

Penny: Oh, my god. I got to go to the emergency room.

Sheldon: Well, assuming you’re correct that your right humerus is no longer seated in the glenoid socket, I would certainly think so.

Penny: Okay, can you drive me?

Sheldon: But I could call you a cab or an ambulance.

Sheldon: All right. Let it never be said that Sheldon Lee Cooper ignored the pleas of a damsel in distress.

Sheldon: Well, it does seem rather ironic that for want of 99-cent adhesive ducks, we both might die in a fiery car crash.

Leonard: I wish Penny didn’t have to work, she loves camping.

Raj: Yeah, that would have been great. You and Penny having sex in the tent while I sit out here and watch Howard hump a cactus.

Howard: Okay, the best I can tell, there are eight other campsites nearby. Mostly science nerds like us, but just over yon ridge are two not unattractive middle school teachers who reek of desperation.

Raj: Wow. Wonderful. How old are they?

Leonard: Come on, you guys can’t be that hard up.

Leonard: Of course, they did. That’s what grandmothers do.

Raj: So, what are we waiting for?

Howard: Relax, I said we’d stop by a little later after they have their nap.

Raj: Yeah, very tasty. Well, so tell me more about these teachers.

Howard: Not much to tell. They had a VW Microbus and were wearing tie-dyed Grateful Dead shirts.

Sheldon: I see no organizational system in here whatsoever. Which panties do you wear on Mondays?

Penny: I don’t need panties, I just need shorts and a shirt.

Sheldon: My mother always told me one should wear clean underpants in case one is in an accident.

Penny: One was already in an accident.

Sheldon: That doesn’t mean one won’t be in another, especially if I’m driving.

Penny: Seriously? Those shorts with that top?

Sheldon: We should have you checked for a concussion.

Penny: Okay, now, you got to help me put these on.

Penny: I don’t want you to see me naked.

Sheldon: Oh. Well, that’s understandable. You may be interested to know that a prohibition against looking is well established in heroic mythology. Uh, Lot and his wife, Perseus and Medusa, Orpheus and Eurydice.

Penny: Ok, now you gotta help me get my arm into the sleeve.

Penny: Is that my arm?

Penny: Then, maybe you should let it go.

Leonard: Stars are pretty, aren’t they?

Howard: Up above the world so high, like little diamonds in the sky.

Raj: That’s beautiful, dude. You should… You should write that down before someone steals it.

Howard: So, when do the meteors get here?

Raj: The meteors don’t get here, the earth is moving into their path.

Leonard: I can feel it. I can feel the earth moving. It’s moving too fast. Raj, slow it down.

Howard: Stars are pretty, aren’t they?

Sheldon: For the record, I should let you know this is my first time driving an actual motor vehicle.

Penny: You have your learner’s permit, right?

Sheldon: Yes, and I have logged a considerable number of hours on a simulator.

Penny: All right, can we please go?

Sheldon: One moment. According to my driver’s ed book, a side mirror is properly adjusted when a portion of the is driver’s door handle is visible in the lower right corner. There’s the handle. Oh, no, too far, bringing it back. Optimized. Now, where is the switch to adjust the passenger side mirror?

Sheldon: Where is the passenger side mirror?

Penny: In a parking lot in Hollywood. Now, can we please go?

Sheldon: Yes. As soon as I adjust my seat. Whee! Oh, dear. I’m going to have to start again.

Raj: If I could speak the language of rabbits, they would be amazed, and I would be their king.

Leonard: I hate my name. It has nerd in it. Len nerd.

Howard: I lost my virginity to my cousin Jeanie.

Raj: I would be kind to my rabbit subjects. At first.

Leonard: You know what’s a cool name? Angelo. That has angel and jell-o in it.

Howard: It was my Uncle Murray’s funeral. We were all back at my Aunt Barbara’s house. Our eyes locked over the pickled herring. We never meant for it to happen.

Raj: One day, I hold a great ball for the President of France, but the rabbits, they hate me and don’t come. I am embarrassed, so I eat all the lettuce in the world and make them watch.

Leonard: People could call me Angie. Yo, Angie, how’s it goin’?

Howard: To this day, I can’t look at pickled herring without being aroused and ashamed. Oh, cousin Jeanie.

Penny: Could you please drive a little faster?

Penny: Nothing. The engine does that sometimes.

Sheldon: That can’t be nothing, the check engine light is on. We need to find a service station.

Penny: No. The light has been on since I bought the car.

Sheldon: All the more reason to consult with a mechanic before it explodes.

Sheldon: Mr. Spock did not pilot the Enterprise. He was the science officer, and I guarantee you that if he ever saw the Enterprise’s check engine light blinking, he would pull the ship over immediately.

Sheldon: Oh, oh, red light, release accelerator and slowly apply the brake. Nailed it. While we have a moment, may I ask you a question?

Sheldon: Why do you have the Chinese character for soup tattooed on your right buttock?

Sheldon: No, it isn’t. But I suppose it does take courage to demonstrate that kind of commitment to soup.

Penny: How did you see it? You said you wouldn’t look.

Sheldon: Sorry. As I told you, the hero always peeks.

Leonard: No. That was the last pudding cup.

Howard: No! What about Slim Jims?

Leonard: That’s what he used to eat his pudding, remember?

Raj: Right! That was so good! Sweety and meaty at the same time.

Leonard: The only thing in here are blue ice packs.

Raj: I know they’re poison, but they look like big, yummy otter pops.

Howard: Me too. Check and see if we have any more pudding.

Sheldon: All right, there’s no need to bark at me. According to the inexplicably irritable nurse behind the desk, you’ll be seen after the man who claims to be having a heart attack, but appears to be well enough to play Doodle Jump on his iPhone. We have to fill these out. Describe illness or injury.

Penny: I dislocated my shoulder.

Sheldon: All right. And how did the accident occur?

Penny: You ready know that.

Sheldon: Cause of accident, lack of adhesive ducks. Okay, medical history. Have you ever been diagnosed with diabetes?

Sheldon: Are you currently pregnant?

Sheldon: Are you sure? You look a bit puffy.

Sheldon: When was your last menstrual period?

Penny: Oh, my god, what the hell does this have to do with my stupid shoulder?

Penny: Hey, Sheldon, Sheldon, look, I am scared and in a lot of pain. Could you please just take a break from being you for just a minute and try being, I don’t know, comforting?

Sheldon: I’m sorry. There, there. Everything’s going to be fine. Sheldon’s here.

Penny: Thanks. That’s much better.

Leonard: Will you shut up? We’re all hungry.

Howard: Okay, our objective is the boy scout campsite to the east. Easy target. Big doughy scout master, couple of cubs, most webelos.

Leonard: What kind of score are we looking at?

Leonard: All right, everyone grab flashlights.

Howard: Oh, my god, could it be? Yes! My mother put an I love you brisket in my backpack.

Howard: You don’t need forks. It’s so tender, it falls apart in your hands.

Raj: Me, too. But what? (Behind them, the meteor shower has begun)

Howard: Maybe a tupperware bowl of roasted potatoes and carrots?

Leonard and Raj together: Yes! Yes!

Sheldon: Now remember, you were given powerful pain medication and a muscle relaxer, so, uh, don’t operate heavy machinery. Try not to choke on your own drool.

Penny: Wait. You have to help me get into bed. Sheldon has to get me into bed. Bet you never thought I’d say that.

Sheldon: Yes. The charm of your drug addled candour knows no bounds.

Penny: You know, people think you’re this weird robot man who’s so annoying all the time, and you totally are, but then it’s like that movie Wall-E at the end. You’re so full of love, and you can save a plant and get fat people out of the floaty chairs.

Sheldon: That’s a fairly laboured metaphor, but I appreciate the sentiment behind it.

Penny: Sing “Soft Kitty” to me.

Sheldon: “Soft Kitty” is for when you’re sick. You’re not sick.

Penny: Injured and drugged is a kind of sick.

Scene: The camp site. Raj is telling a ghost story with the torch on his face.

Raj: …And the next morning when he woke up, he rolled over and realized… duh-duh-duh! …she was his cousin.

Howard: And she was my second cousin.

Raj (imitating him): And she was my second cousin.

Raj: Who cares? You slept with your cousin. 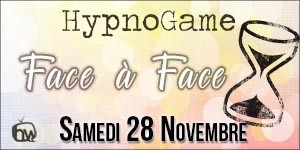